Colchester Borough Council is providing support for residents, businesses, and communities. The government has announced that England has returned to Plan A. You should continue to protect yourself and others. Find further guidance on GOV.UK. 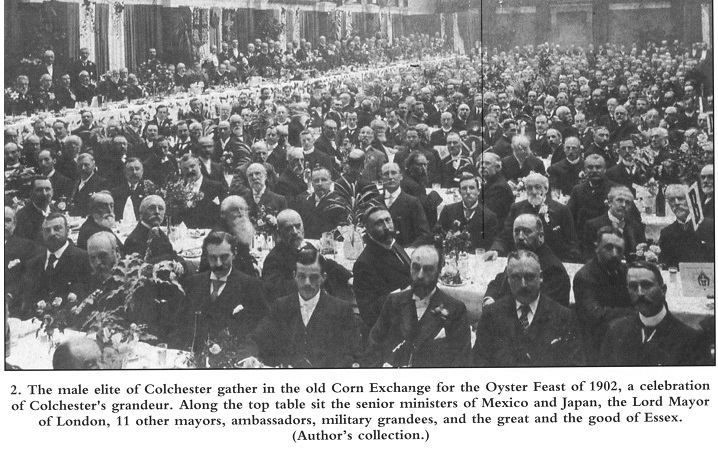 The 1902 Oyster Feast. Guests include senior ministers of Mexico and Japan, the Lord Mayor of London, 11 other mayors, ambassadors and military grandees. Credit: Andrew Phillips, Historian

The 1908 Oyster Feast which was attended by His Highness the Sultan of Zanzibar. Credit ‘photo by Gill, Colchester’, Colchester & Ipswich Museums

The Town Clerk (third from left) and Town Serjeant (fifth from left) behind the scenes at the Oyster Feast (year unknown). Credit: Colchester & Ipswich Museums

A brief history of the Colchester Native Oyster