Colchester Borough Council is providing support for residents, businesses, and communities. The government has announced that England has returned to Plan A. You should continue to protect yourself and others. Find further guidance on GOV.UK.

A feature of the Oyster Feast has always been the illustrated menus which include a list of toasts, the programme of music and lunch menu. Between 1940 and 1950 food rationing prevented a banquet being held. 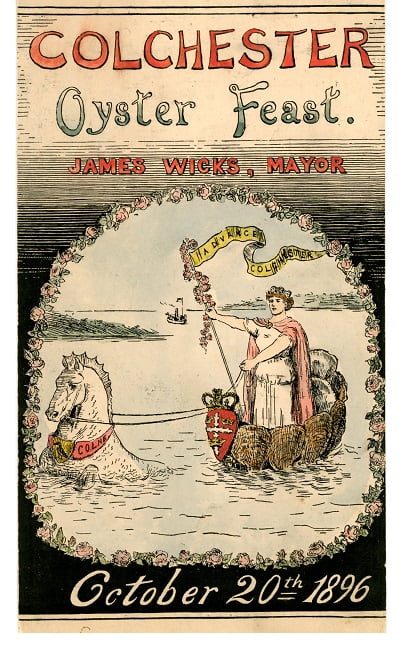 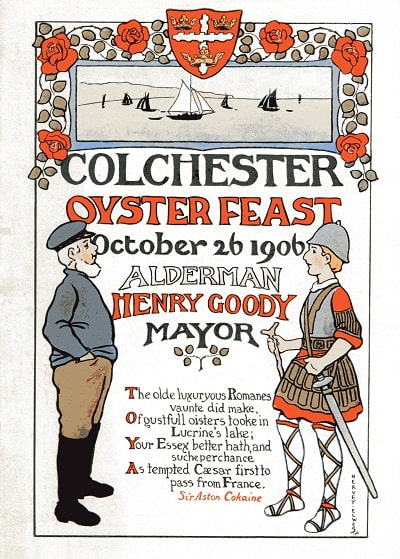 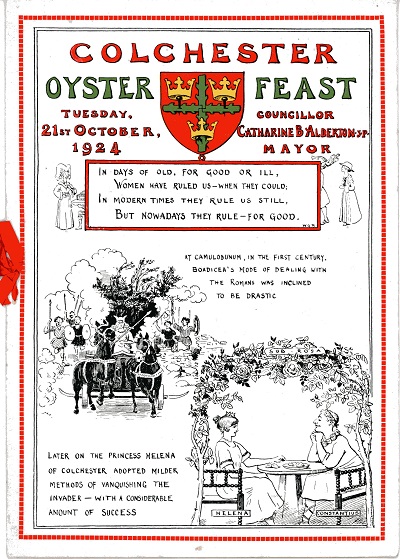 Menu from 1924. Catharine Alderton was the first female mayor in Colchester 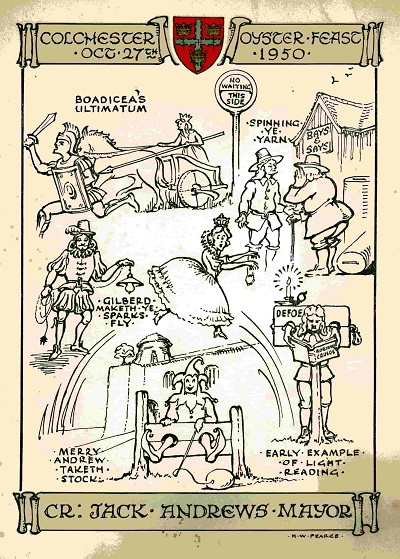 Menu from 1950 when food rationing had ended, and the Oyster Feast was re-established 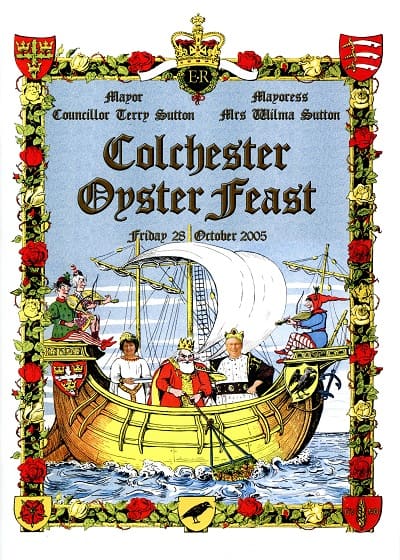 Menu from the last Oyster Feast in 2019