We are working on key projects and actions that will reduce emissions and produce positive environmental impacts for the Council and the city. Key highlights of this work between August 2021 – July 2022 are shown below: 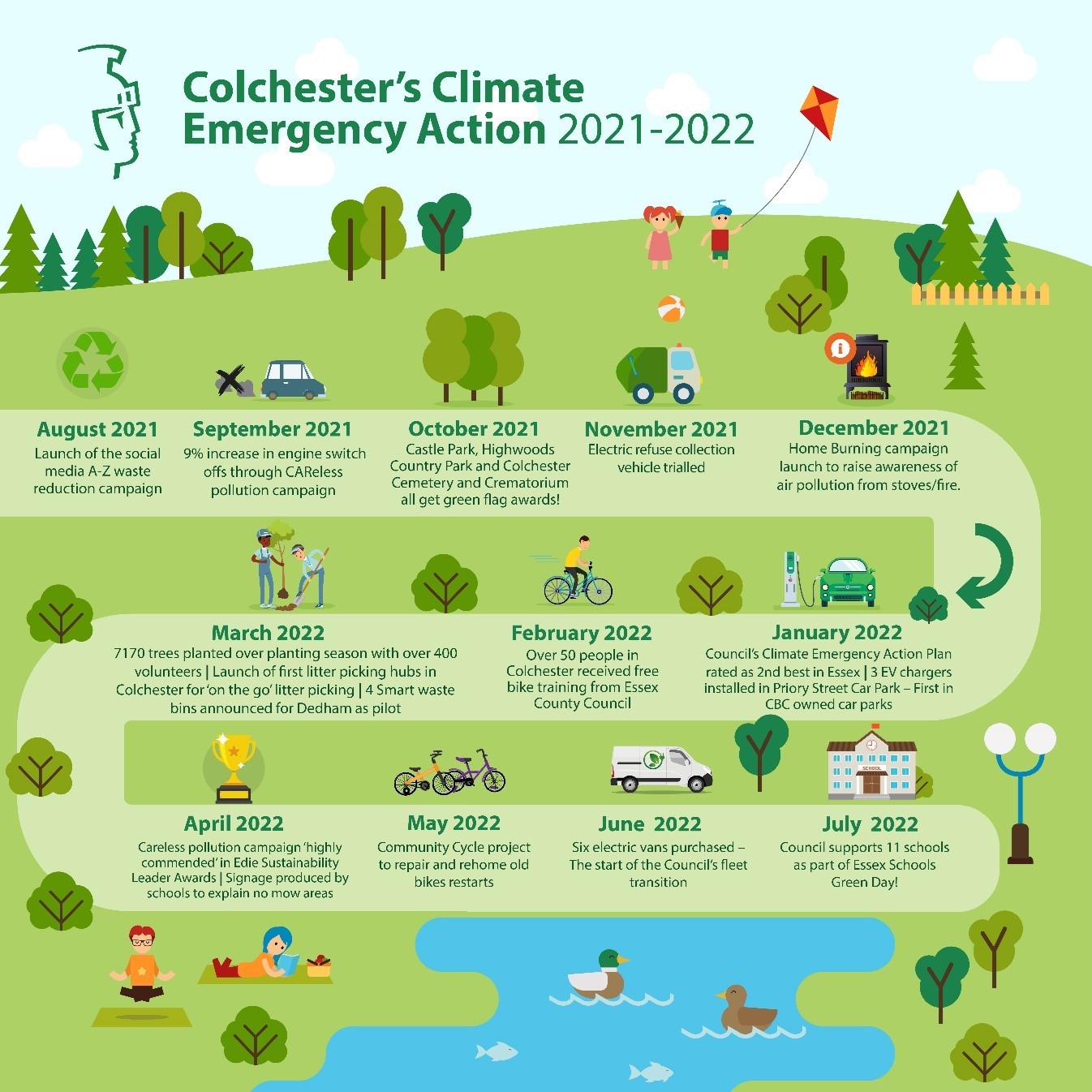 The infographic includes several achievements that Colchester City Council has made between August 2021 – July 2022. These achievements include