Coronavirus: view the status of our services

We are providing information for residents, businesses, and communities which we will review and update regularly. View the latest updates, advice and guidance.

What is the Covenant?

What the Covenant is and who it can help 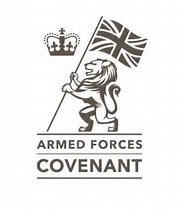 What is the Armed Forces Covenant?

Who does it support?

Does it apply to you?

About Us
Armed Forces Events
Benefits and Financial Advice
Covenant for Business
Grants
Health and Wellbeing
Housing
Jobs, employment and skills
Register with us
Schools and Education
Veteran's Support Directory